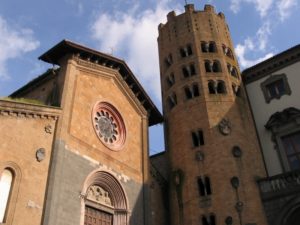 Our restaurant is located in the center of Orvieto, Umbria, Italy, a few steps from Piazza della Repubblica, where the Town Hall Palace and the Sant’Andrea Church are.

The Church is only one of the many attractions that Orvieto can offer to its visitors, such as the unique Duomo, a magnificent gothic-romanesque cathedral, the Saint Patrick’s Well, the Orvieto Medieval District (San Giovenale and San Giovanni), the San Giovenale Church (the oldest in Umbria, dated 1008), Orvieto Underground, an incredible underground tour through the ancient city.

Orvieto is an Etruscan-Medieval-Renaissance town, and hosts several museums and archaeological sites. For more information about Orvieto: www.orvietoviva.com/en/

Because of this perfect historical mix and its structure (high on a tufa rock), Orvieto deserves a visit, also since each corner of the town, each alley, square, show signs of a glorious past: one of the most important Etruscan towns, way before the Roman Empire, then later became a Roman colony (few minutes out of town we recommend a visit to the Roman bridge of Ponte Giulio near Allerona Scalo and to the River Harbor of Pagliano), and later a powerful Medieval and Renaissance city. Between the Middle Ages and the Renaissance, the city hosted several Popes, who had to escape from the Civil War in Rome, becoming also a very important religious center for the Christianity. 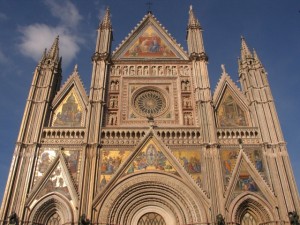 On top of its many artistic and historic attractions, the city hosts several important events, such as Umbria Jazz Winter, Umbria Folk Festival, I Gelati d’Italia as well as religious and social events, such as the Palombella and the Corpus Domini.

The Corpus Domini in 2013 and 2014 will have an extraordinary relevance, since the Pope declared an Extraordinary Jubileum to celebrate the 750th anniversary of the Miracle of Bolsena.